Corfu, the northernmost of the Ionian islands, had the good fortune to fall under Venetian rule during the time when the Greek mainland and the Aegean were subject to Ottoman domination. Corfu’s two main features, its fertile, lush landscape and the only safe harbour on the route between Italy and the Levant, were to determine its history and to turn it into an apple of discord. For long centuries, a succession of would-be and actual conquerors would fight over this strategic island, and the winners would leave indelible imprints on its culture, from the landscape to the towns and villages, architecture, language, literature, music, art and customs. Homer was the first to praise the island’s beauty in the Odyssey, describing the idyllic gardens of King Alcinoos when Odysseus was washed up there at the end of his stormy return from Troy and shortly before he arrived at his home on Ithaca.

The Romans used Corfu as a resort. After the fall of Constantinople to the Franks, during the Fourth Crusade (1204), the Ionian islands were separated from the Byzantine empire and passed into the hands of Italian, Catalan and French adventurers in quick succession. In 1386, the islanders appealed to Venice as the only power that could offer protection. Venetian rule was to last for another 411 years, 11 months and 11 days, ending in 1797.

For the Serene Republic of Venice, Corfu was a prized possession, along with Koroni and Methoni in the Peloponnese, Handax (Heraklio), Rhodes and Paphos on Cyprus, key stops on the route to the Indies, the famous Silk Road. Every year merchant ships would arrive in Venice bearing spices, silks, perfumes and cotton from the far shores of India, Persia and China, stopping in Corfu to take on supplies. By the end of the 16th century, Corfu town had become a port of major strategic importance and thanks to the exemplary fortifications designed by the Italian architect Sanmichelli, it was among the best protected harbour towns in the Mediterranean.

During the period of Venetian rule, three social classes emerged: the nobles, the bourgeoisie and the workers/peasants. The aristocrats held all the land and all the positions of power, which had been ceded by the Venetians. They spoke both Greek and Venetian and mingled only with their own peers and the foreigners. They sent their boys to study at universities in Italy so that they would acquire manners, culture and knowledge, indispensable accouterments in social discourse and the exercise of their political duties. The bourgeoisie included the merchants, artisans and professionals. It was the dream of this class to buy their way into the Libro d’Oro or Golden Book and see their own names listed next to those of the nobles.

Finally came the peasantry, the landless workers who kept the nobles’ estates functioning, and the workers who were employed by the bourgeoisie or the Municipality.

During their brief rule (1797-1799 and 1807-1814, in which Napoleon’s campaigns ended Venetian hegemony) the French built the Liston (1807), the elegant arcade modelled on the rue de Rivoli of Paris on the west side of the Spianada, part square/part common. The name Liston was derived from the list (Libro d’Oro) of the landed gentry who had the exclusive right to stroll under it. Despite the legacy of the French in the beautification of the town, the Corfiot aristocracy took a dim view of them because they also sowed the seeds of the democratic and infernal ideas of the French Revolution – Liberte, Fraternite, Egalite – among the average Corfiots.

The union of the Ionian island with Greece and the gradual weakening of Corfu’s military and commercial role and of the Mediterranean generally led to the decline of Corfu. Instead of being the capital of the British protectorate, it was reduced to being just another remote provincial Greek city. The Ionian Academy closed in order to give more prestige to the University of Athens, commerce dwindled, the city withered and the Unionists were badly disillusioned.

Despite this, Corfu basked in the glory of visiting royalty, every year the Greek Royal Family but also Elisabeth (Sissy) the melancholy empress of Austria and Kaiser Wilhelm II with his court from Berlin spent the summer in Corfu, where they also left their mark in palaces and other landmarks. In the 1930s a British family named Durrell settled in Corfu, who through their writings were to have untold consequences for the island. Lawrence portrayed a more literary description in his Prospero’s Cell, equating Corfu with the setting of The Tempest, while his younger brother Gerald painted an unforgettable comic masterpiece of the island’s wildlife and personalities in his book My Family and Other Animals. After the War their readers would come to see for themselves, intellectuals like Henry Miller or ordinary travelers, and thus was born the tourist industry that is today the foundation of the Corfiot economy. 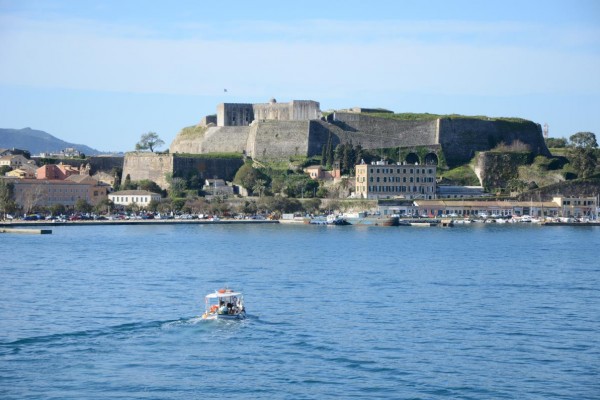 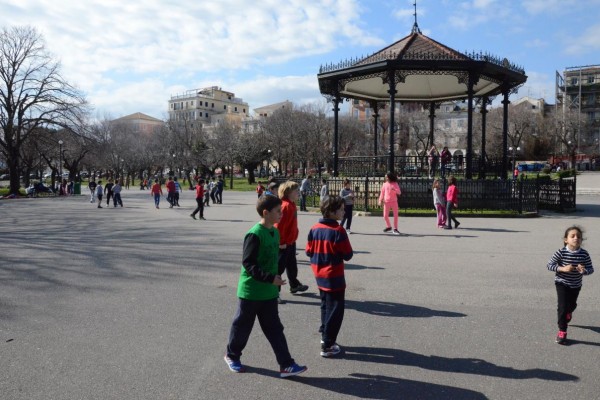 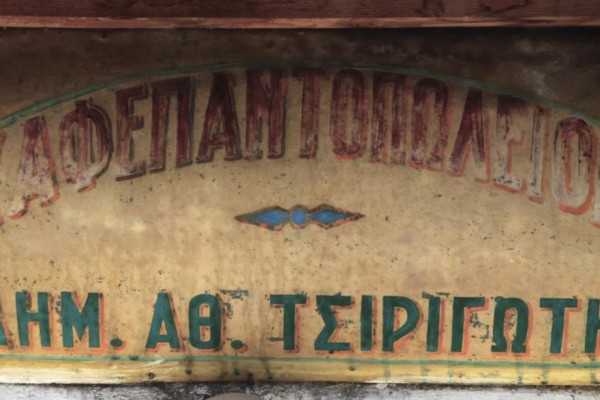