The Katsikostas family began producing wine back in 1946, when Loukas Katsikostas with the meagre means of that post-war era when the civil war was still raging made wines using the native varieties of the Aigialeia region. He would ferment and store them in the wooden barrels stacked in the cellar of his wineshop on the waterfront of Aigio. The dockworkers would come by every midday after they’d received their wages to have a nibble and celebrate the wine of Kyr Loukas.

In 1962, Konstantinos Katsikostas, having inherited his father’s skill, continued the tradition with love and prudence, and created his winery in the neighbourhood of Palaiokamares in Aigio, outfitting it with the most modern equipment of the day. All the tavernas of the region and even as far away as Corinth would buy their wines from him.

In 2004, Kyr Kosta’s sudden death placed the family enterprise in his children’s hands. The main burden of responsibility fell on Sosanna and her brother Loukas, who been studying oenology in the universities of Bordeaux, Toulouse and Reims. Armed with new ideas about wine – Angelos Rouvalis had already paved the way – Sosanna decided to create quality bottled wine from exclusively Greek varieties grown in the vineyards of the Aigialeia mountains and Achaia generally. They were included in EU programmes and brought their buildings and equipment up to date. It was hard work for such young people but their courage and determination led to impressive results.

Sideritis (sideros = iron in Greek) is a local red variety found in Achaia, which is on the point of disappearing today. A wine with good acidity, a predominant lemony taste and complex fruity aromas with a long aftertaste.

Iron R – Dry White – PDO Patras, Roditis Alepou (a clone of Roditis) from an organic vineyard in the district of Mamousia Aigio (850 m asl). A wine with subtle aromas of citrus and tropical fruits, a refined taste with sharp acidity and freshness.

The very promising Greek Mavrodaphne grape, usually encountered in dessert wines, makes a dynamic appearance here in its dry version. A fresh wine with a deep red colour and the complex aromas of red berries. 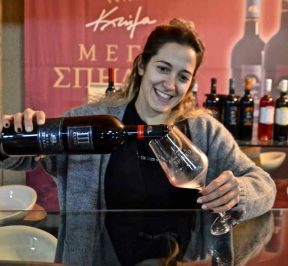 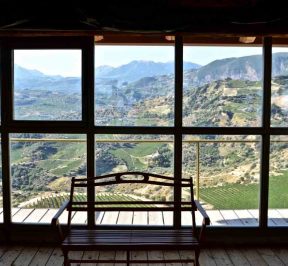 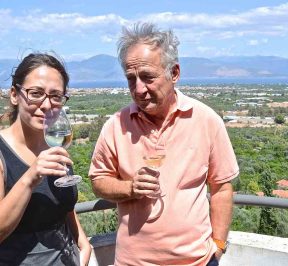 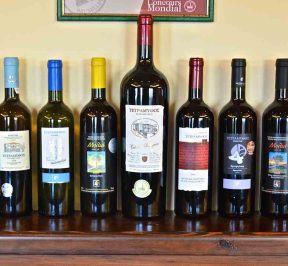 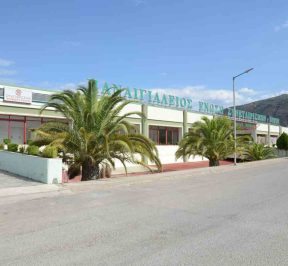