The Canava Chryssou & Tselepos (Winery) at Pyrgos on Santorini is the product of a collaboration between well-known winemaker Yiannis Tselepos and the Chryssos family, which owns 120,000 sq. m of vineyards at Pyrgos, Emboreio, Megalohori and Akrotiri as well as an old abandoned canava at Pyrgos.

Yiannis Tselepos, along with Giorgos Skouras, Vangelis Gerovassiliou, Angelos Iatridis, Angelos Rouvalis – belongs to the group of Greek winemakers who, at the end of the 80s after studying in France (Bordeaux, Dijon), opened their own wineries and gave new impetus to Greek wine.

When he returned to Greece as an oenologist, Tselepos bottled his first modern Mantineia at the Nasiakos winery in the Peloponnese and later collaborated with the late Costas Antonopoulos to found Ambelonas Antonopoulos and Antonopoulos Mountain Estates, two of the best wines of their time. Immediately after that he opened his own winery in Koutsi near Nemea and most recently the winery on Santorini.

We met Yiannis Tselepos at the Chryssos family’s newly renovated canava at Pyrgos, where they were making last year’s Assyrtiko (2016).

This is what he said: “Pyrgos has hundreds of canavas (kanaves), some of them have collapsed, others turned into hotels. We decided to make a small winery that would produce quality wine. For me personally, Santorini is a place that should only produce premium wines. Small wineries making very expensive wines for export is the future of the Greek wine of Santorini.

The revival of this privately owned, old vineyard, using traditional methods and propagation with cuttings, began with the vintage of 2013 and is continuing with the aim of bringing yields of the order of 400 kg per thousand metres up from the 130 kg that have been seen up to now.”

The must is poured into the new stainless steel tanks according to vineyard and blended later. The two first wines (2014, 2015) bottled under the label Santorini Tselepos didn’t do too badly; in fact Robert Parker awarded them a high rating of 94/100. Annual production did not exceed 12,000 bottles but potential could be as high as 50,000. 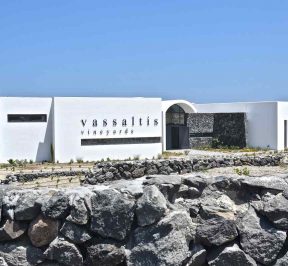 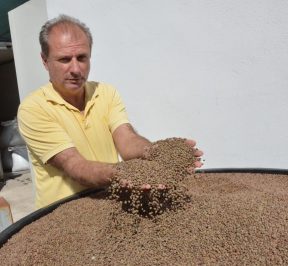 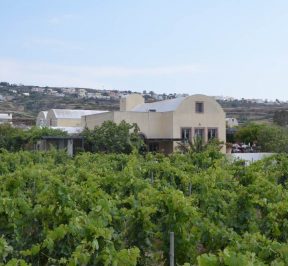 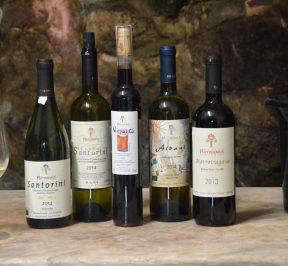 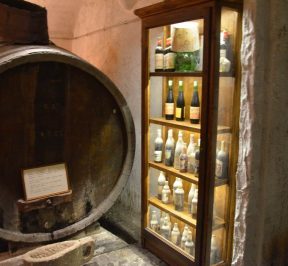 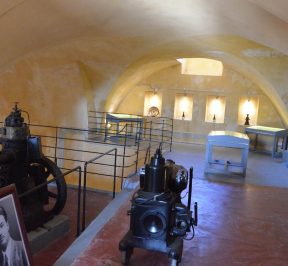 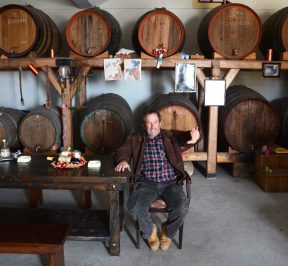 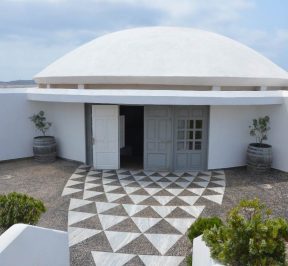