In his Ode to Santorini in “Orientations” the Nobel laureate Odysseas Elytis describes the island of lava and incredible beauties “The daughter of enormous rage” and a few lines on “you emerged from the entrails of thunder shuddering amongst regretful clouds bitter stone proved, arrogant, proud.”

The first signs of life on Santorini date to 5000 years B.C. when the first settlements appeared in the southern part of the island. Back then it was named Strongyli due to its round shape and bore no resemblance to today’s morphology. The civilization on the Akrotiri peninsula developed from one based on agriculture and fishing into a trading center exchanging produce and ideas with other islands, especially Crete, in the Aegean by the 3rd millennium.

Sometime in the 17th century B.C. Akrotiri was destroyed by a mammoth earthquake. The explosion of the volcano released ashes and tidal waves that reached as far as Rhodes and Crete, covering the island in 6 metres of ash and resulting in the demolition of the center which sank into the sea; today only the Caldera or rim of the crater remains. Ironically the forces that caused the disaster also preserved the traces of this prehistoric civilization, which was not discovered until 1967 by the distinguished archaeologist Spyros Marinatos. Excavations since then have revealed only a fraction of a perfectly preserved city that had been buried for 37 centuries beneath volcanic ash. Often called Greece’s Pompei, the state was found to possess extensive knowledge of architecture, urban planning, pottery and art.

Finds from this fabulous civilization are on exhibit in the Museum of Prehistoric Thera and confirm the relationships shared with other Mediterranean civilizations. It was a long time before the island was reinhabited and from Classical times through the Hellenistic period, Roman years and Byzantine era the island could be characterized as mostly introverted and isolated.

The period of Venetian domination was particularly hard for Santorini, the name given it by the Venetians after the small chapel called Santa Irini in the harbour where their ships docked. The continuous wars between Turks and Venetians compounded by pirate raids brought poverty and hardships to the local population who tried in vain to seek refuge with the gentry in their fortified buildings. The Castellia (fortress like buildings), Goulades (towers), and the Vigles (lookouts) did not offer sufficient protection so the locals found another solution: they made a pact with the pirates and marketed their spoils all over the Aegean.

Between the 16th and 18th centuries Santorini shipowners with their fleet of masted caiques made considerable profits from their trade. As the traveler Guillaume Olivier (1765-1814) in his narrative “Voyage in the Ottoman Empire” wrote: “The best product of Santorini is their wine known as Vino Santo. It gets better and better as it ages. Nearly all the whole production is exported to Russia. Every year a million “okades” [an Ottoman measurement equivalent to 1.280 kilos] leave the island. Santorini’s cotton is also exported and is considered to be the best in the area. This cotton is different to that of the other islands and can last up to twenty years.”

At the outbreak of the Greek War of Independence in 1821 Santorini contributed 32 ships and crews, food and money to the revolution.

The incorporation of Santorini – along with the rest of the Cyclades – in the new Greek State gradually created economic growth and by 1859 the island boasted a fleet of 69 ships belonging to local shipowners. By the beginning of the 20thcentury various industries factories had opened for processing tomatoes, brewing alcohol, weaving, as well as processing and packaging pumice. The transformation to an urban society of shipowners, captains, traders and industrialists is reflected in local architecture.

Whereas the island’s vernacular settlements are compact and dense, a consequence of the coexistence of humble people – with some houses even dug into the cliff-face – the upper class installed themselves in detached mansions that proclaimed the prestige and wealth of the owners and display neoclassical, Venetian and eclectic influences.

The abandonment of the vineyards during the Interwar period – Bolshevik Russia was not interested in buying Vinsanto for Holy Communion – in tandem with the closing of the factories after World War II when industrial activity relocated to Athens contributed to the decline of the island. But the most important factor was a series of devastating earthquakes in 1956 that reduced Santorini’s population to extreme poverty.

No one in those years could even in their wildest imagination have predicted how the island would flourish a half a century later. Nowadays Santorini is one of the most impressive and popular tourism destinations worldwide. And once again, the volcano that caused the abandonment is what transformed the island into an international attraction. 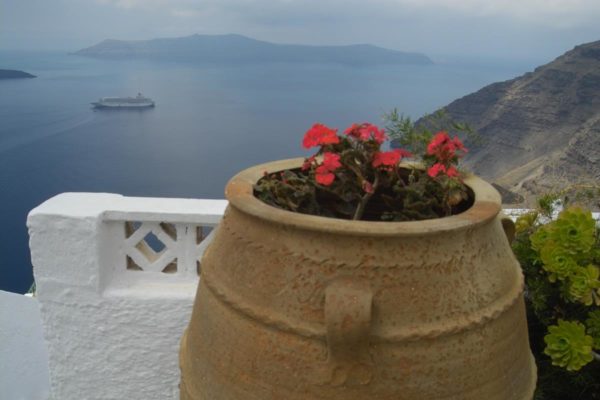 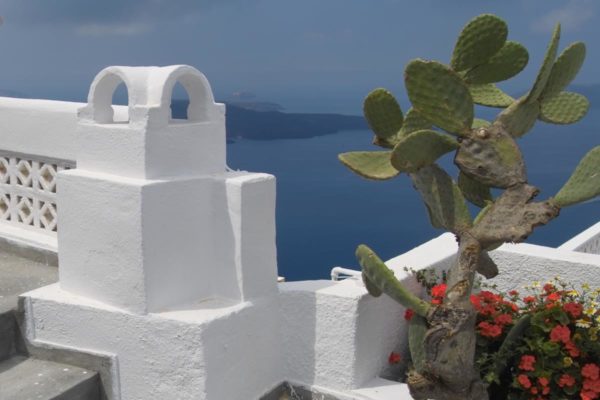 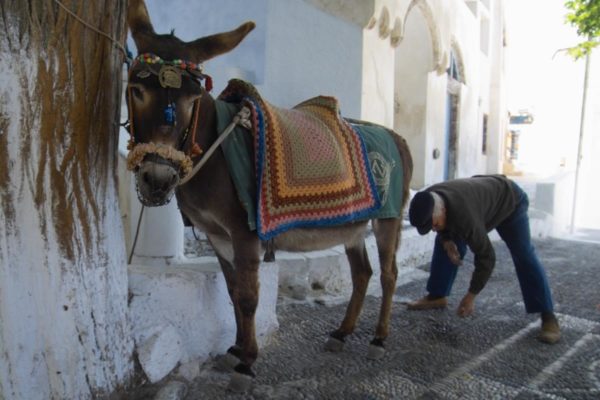 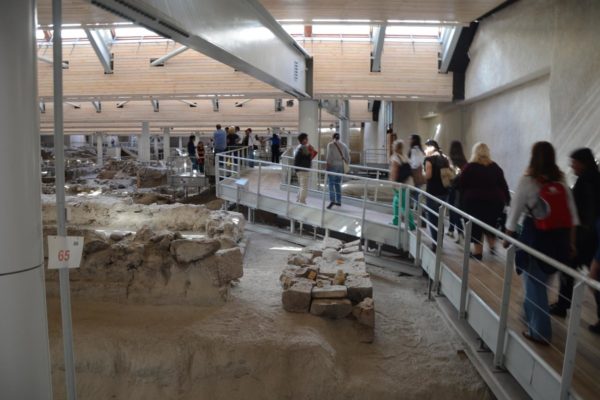 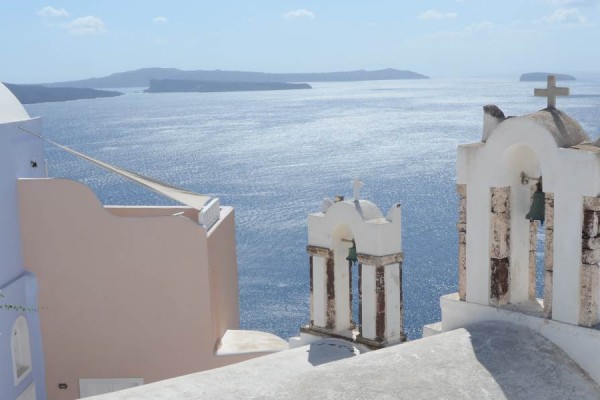 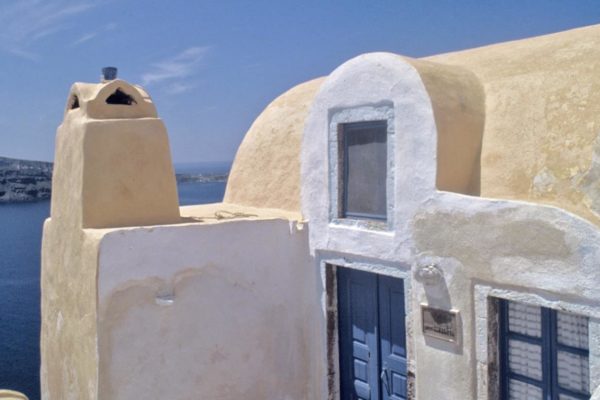