The moment you disembark in the port of Tinos, your first impressions of the island as a wild, overwhelmingly barren rock are turned upside-down. You only have to take a few steps from the boat and you’re in the midst of the town’s farmers’ market, surrounded by an abundance of local products that the farmers bring in every day. Depending on the season of course, you come face to face with the famous Tinos artichokes, its fresh fruit, garden-fresh vegetables, capers, sun-dried tomatoes, thyme-scented honey, mushrooms and wild greens, herbs (dittany, thyme, oregano, sage, chamomile and all kinds of tisanes), prickly pears, and the many types of local figs and table grapes that will delight you all summer.

As for animal breeding, the Tinians raise cows for meat and dairy, sheep and goats, poultry, rabbits and, naturally, pigeons which nest in the famous dovecotes found scattered all over the island.

Finally, apart from farming and animal husbandry, the residents of Tinos are also fishermen; most of the fishing boats dock in the capital’s protected harbour. Fish of all kinds, calamari and seafood are prepared in a variety of ways, while they may be accompanied by the original, spicy sweet and sour sauce called ‘savori’.

The main local products and, therefore, the basis of Tinos traditional cuisine are:

Tinos Artichokes: Most of the delicious, tight-leaved Tinos artichokes are grown in the Komi valley and around Exombourgo. Annual production comes to around 600,000 pieces, and the Tinians have dozens of ways of cooking them. One of the best and most original is in a pie.

Tinos Capers: Capers thrive in the rocky soil of Tinos, where they grow wild – indeed it is very difficult to cultivate them. Once collected, they are dried in the sun until they harden and then they are soaked in a solution of vinegar and salt until they acquire their characteristic bitter and distinctive taste. Many local producers sell them in packets of different sizes.

Tinos Louza: Cured pork (the contrafillet), typical of the northern Cyclades, marinated in wine and a mix of spices, fennel seed, cinnamon, cloves and savoury, wrapped in beef intestine and dried in a windy spot. Served very thinly sliced.

Sun-dried Tomatoes: Preserved in olive oil and used in many different ways in the local cuisine, one of which is batter fried.

Petroma cheese: After being well drained, the thickened milk is kneaded by hand and then placed between two heavy rectangular marble slabs to press out still more moisture. The resulting, fairly soft cheese is used to make piquant kopanisti and different types of cheese pie.

Salsitsi: Salami with a strong taste of garlic.

Strongylo: A local hard piquant cheese shaped into a ball (strongylo means round) about the size of an orange. It is made from petroma, kneaded for quite a while with a little salt until it is a firm, solid ball. It may be eaten fresh or dried (grated for pasta) or as an ingredient in various dishes.

Tinos Cheeses: The island’s traditions in the production of meat and dairy goes back to the Venetian occupation (1207-1715). And a French book published in 1809 mentions a piquant cheese found there similar to roquefort, which must be kopanisti.

Its two most important cheeses, originally produced mainly from the milk of the rare Tinos cow, a Middle Eastern breed harking back to the Venetians, are graviera and kopanisti. (Cross-breeding has led to its extinction.) 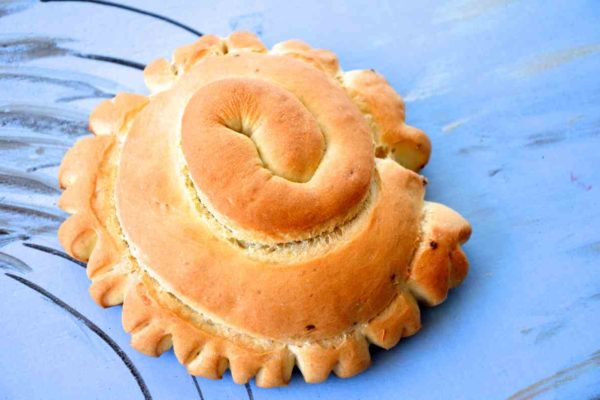 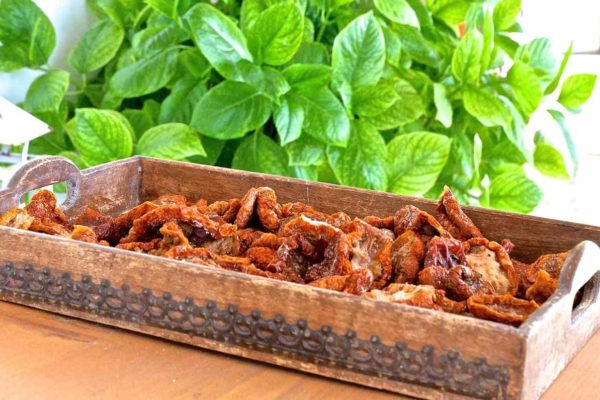 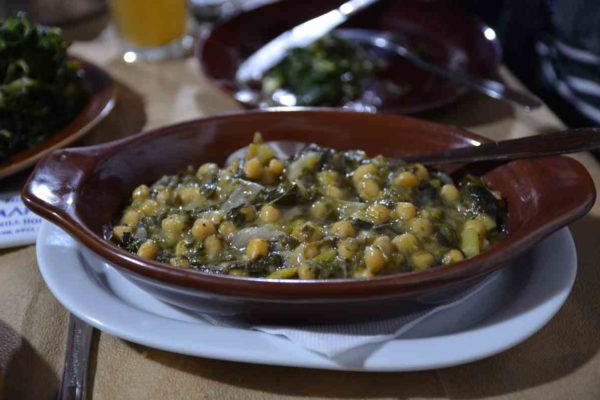 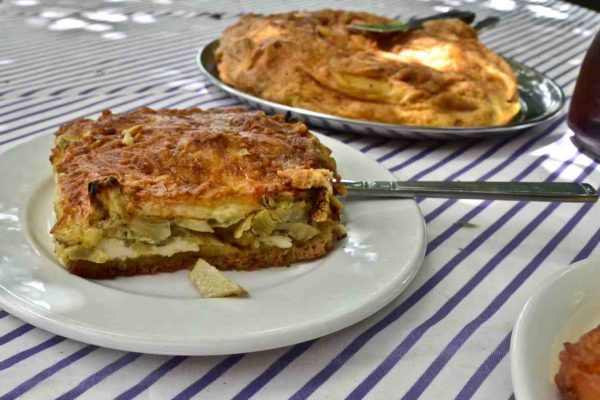 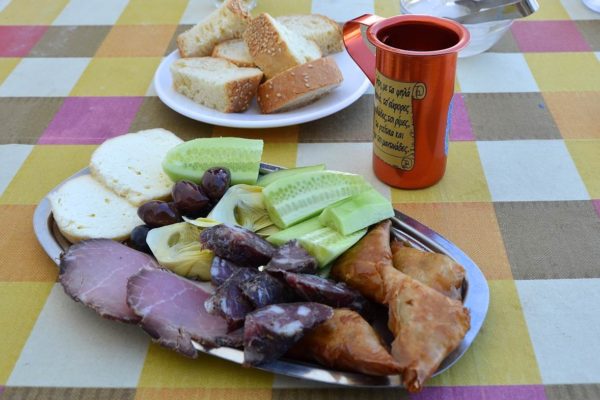 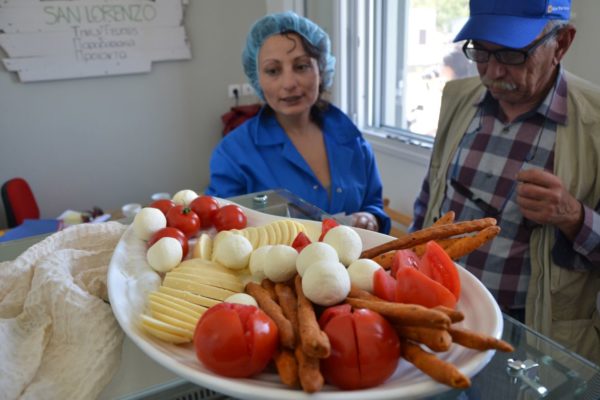