Ios, one of the most beautiful islands of Cyclades, has an area of 108 sq km, a population of 2,100 permanent residents, and lies between Naxos, Sikinos and Santorini. Its exquisite beaches – Yialos, Mylopotamos and Manganari – have made it irresistible to tourists, especially the younger set, who are also drawn by its legendary nightlife, not to mention the charm of Hora, the main town, its hospitality and excellent food. Hora has kept its traditions intact by closing its flag-paved streets to cars, so that walking is the only way to appreciate its timeless Cycladic architecture and the splendid view from its highest point, the Panagia Gremniotissa (Our Lady of the Cliff).

Despite its small size, the island has a notable gastronomic heritage. Ios cheeses – niotiko, xino and skotyri, its most distinctive product – are made at two modern cheese plants using the milk of native sheep and goats. Next comes the olive, from 70,000 trees, and then the honey, which is used in a number of island sweets. Apart from the caper, collected from the rocky hillsides, Ios farmers cultivate fava, tiny chickpeas, small tomatoes, garden vegetables, and melons and watermelons grown without irrigation. Among its best known dishes are courgette flowers stuffed with rice (tsimetia), local meat stews, handmade noodles (matsi) and handmade orzo (mermitzeli), and a series of pies with names like kalasounes, ladenies and mosendes.

The most common cheeses on Ios are xino, graviera, myzithra, and skotyri. Xino is a creamy, spreadable cheese with a slightly sour taste. Niotiko, slightly salty, rich and firm, can be made with either goat or sheep’s milk, and is delicious at the end of a meal or as a snack with fruit and wine. Myzithra is the typical soft, fresh, light cheese found all over Greece. Similar to ricotta, it is relatively unsalted. Ios graviera is soft and buttery.

Skotyri is the most distinctive cheese of Ios. It takes its name from the askos or bag in which it was traditionally aged, and which could even be a sheep’s stomach as in touloumotyri. It is a mixture of kefalotyri and myzithra combined with milk and aged in the bag with savoury – which grows all over the island – and gives it its characteristic taste. When ready to eat, this is a creamy curd cheese with a peppery bite.

Ios is famed for its honey, which comes in two flavours. In the northern part of the island the bees feed on thyme in summer and produce excellent thyme-scented honey, while in the southern part the bees feast on the heather which grows there winter and summer. Foreign visitors especially love this caramel-like thick honey and snap up most of the production.

Karpouzenia is a Cycladic pie made from watermelon found mainly on Milos, Kimolos and Folegandros, but which on Ios is called mosenda. As easy as it is to make with watermelon, flour, olive oil, sugar, honey, cinnamon, sesame seeds and the Epicurean touch of black currants, it is tantalizingly difficult to get the proportions and taste right.

Matsi are a kind of handmade, instant pasta. They are 2 centimetre squares, meticulously cut from from freshly rolled out dough, like wide hilopites (a kind of noodle found all over Greece). Most of the time they are simply boiled on their own but some people like to set some aside, brown them in fat and then add these to the rest just before they take them off the heat. This creates a delectable contrast of soft and crunchy that is reminiscent of the Cretan mangiri as well as a dish in Italy’s Apulia. 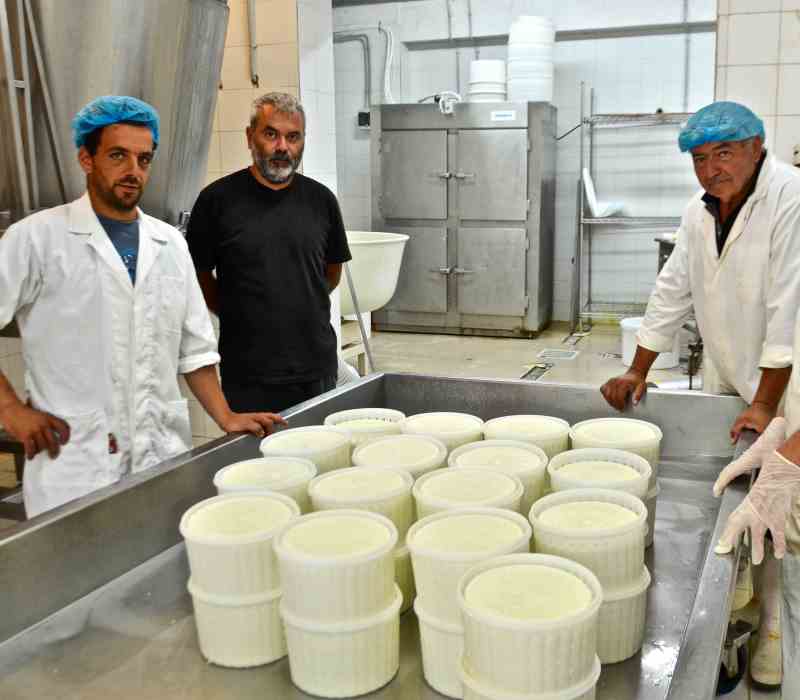 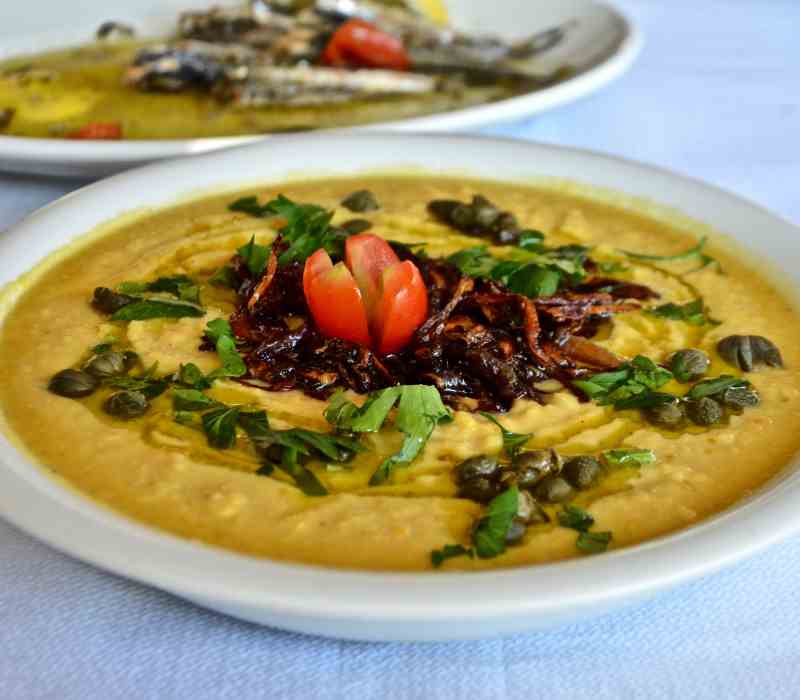