The Island of the Knights

Rhodes, the largest of the Dodecanese with an area of 1,400 sq km, has 115,000 inhabitants, making it the third largest Greek island in terms of population, after Crete and Evia. The outstandingly beautiful Old Town, as the locals call it, is one of the best preserved medieval districts in the world and was awarded World Heritage Monument status by UNESCO in 1988.

But apart from the town’s unique character, there are dozens of historic monuments scattered throughout the island, such as the acropolis of Lindos, the ruins of the ancient cities of Kameiros and Ialyssos on top of Mt Philerimos, the Valley of the Butterflies, delightful villages, the famous Embona vineyards, the pine forest of Mt. Attavyros, an infinity of sandy beaches, translucent waters and tavernas serving local specialities.

All these attractions, along with an exceptional climate and an extended tourist season, mean that Rhodes is the second most popular island destination after Crete, the fourth most popular on a national level, and one of the most sought-after holiday spots worldwide.

The cuisine of Rhodes is based on the ‘holy trinity’ of the Mediterranean Diet – wheat, olive oil and wine – followed by pulses and cheese.
These products have evolved over the millennia to create foods that are particularly associated with the island, such as bulgur and various kinds of pasta. But the main feature in Rhodian cooking is cumin, which is used here more often than anywhere else in the country.

Among the appetisers to look out for are Rhodian pitaroudia (fritters), courgette fritters, amaranth and purslane stewed with tomato (yiachni), stuffed vegetables of all kinds (tomatoes, peppers, courgette flowers), karavoloi (snails in tomato sauce with lots of onion and cumin or with bulgur) and meat and vegetable main dishes, including kid baked in a narrow clay pot and chicken with bulgur pilaf.

Melekouni are a kind of soft taffy made with honey and sesame seeds. They are traditionally distributed at happy occasions like weddings and baptisms, both as part of the invitation and at the end of ceremony. They are a symbol both of joy and of fertility. They have more flavourings than the pastelli (sesame bars) found elsewhere in Greece. Besides honey and browned seeds, they contain a few drops of lemon juice, cinnamon, ground coriander, nutmeg and orange zest.

Rhodian wines were prized in antiquity and today the island vineyards cover some 60,000 sq m. At Embona, which lives by the grape, a festival is held at the end of August to celebrate the harvest, with wine tastings, dances and singing. Here you will also taste souma, the Rhodian version of raki or tsipouro, alcohol distilled from the stems and skins after pressing the grapes for wine.

In one humble but charming small café we were served three little dishes that summed up the appetisers/products of the island: one with stuffed tomatoes, courgette flowers and vine leaves (yaprakia), accompanied by a tzatziki that instead of garlic and cucumber contained refreshing purslane; a second with chickpea fritters; and a third little platter filled with two local cheeses, pickled samphire, arugula, tiny cucumbers and olives, sour dough bread and delicious hand-gathered sea salt.

One of the most characteristic dishes of Rhodes is Lakani or Lekani, which used to be made on the eve of the feast of the Holy Apostles in Lindos by all the housewives. It contains kid or veal, trachana, lightly sauteed onions, garlic and tomato, and of course plenty of cumin.

The pitaroudia of Rhodes are similar to the ‘fake’ or meatless fritters of the Cyclades. They consist of a thick batter (flour, salt and oil), mixed with whatever vegetable may be in season and then fried in hot olive oil. The usual ingredients are finely chopped green onions, dill, parsley, mint, crumbled myzithra cheese, and cumin, to which may be added chickpeas, mushrooms, potatoes etc. A dish with endless possibilities.

Rhodian yaprakia are miniscule dolmades that are prepared with countless variations in the island’s villages. The wrapping can be both vine or cabbage leaves, and the filling can be any meat from ground veal to pork mixed with rice or bulgur. The most interesting and unusual version, however, has to be cyclamen leaves wrapped around a lentil filling! The locals call them kamilakia or little camels. 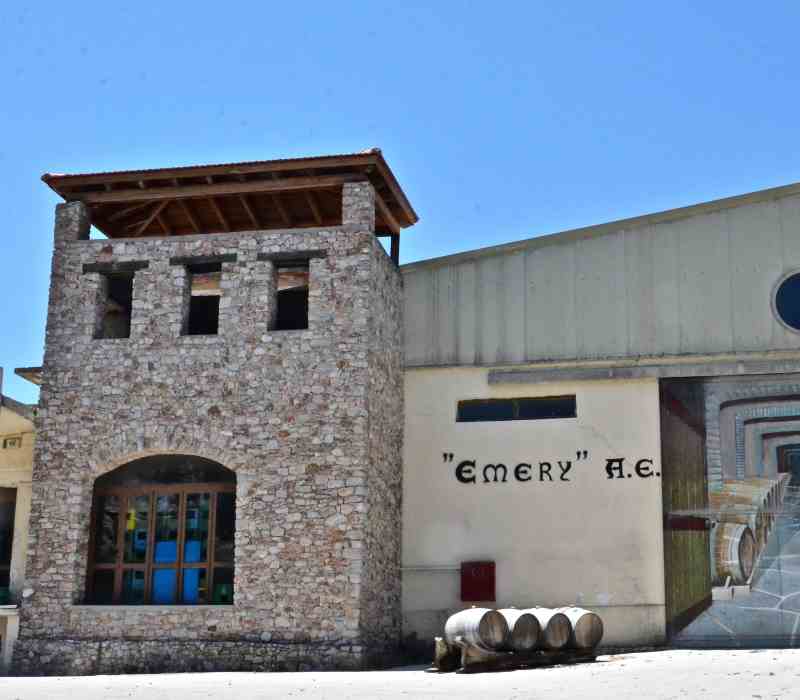 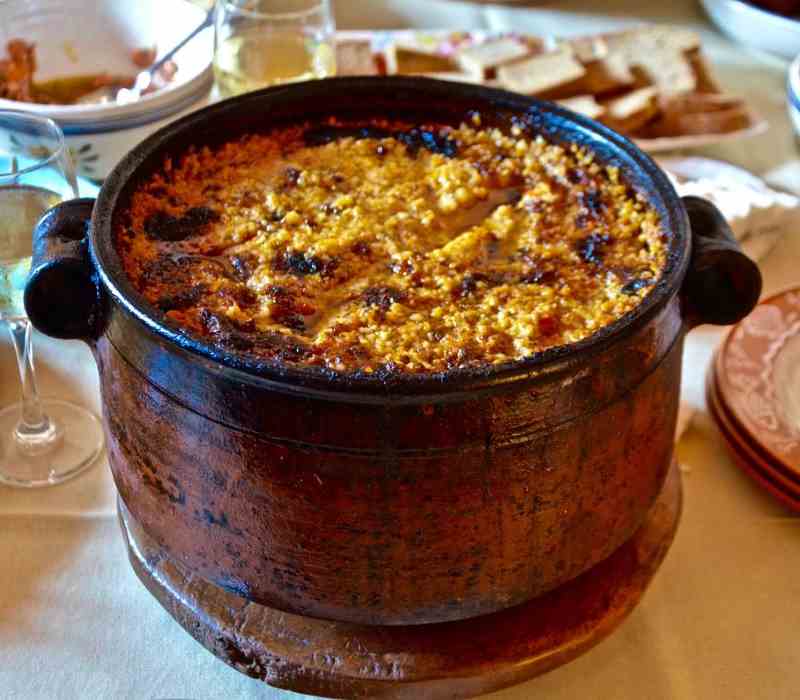